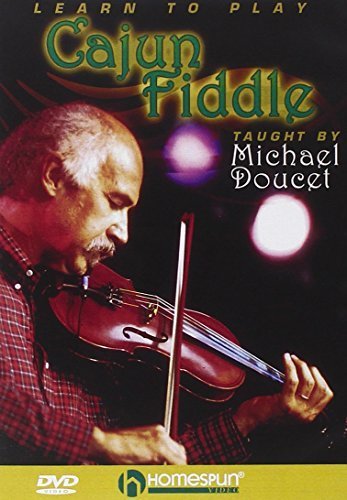 If Cajun music makes you wish you could be at Mardi Gras, you're not alone. Learning to play this lively music yourself could be the next best thing to being there, especially if you've got fiddler Michael Doucet to show you how it????????s done. Cajun music, first popularized in the Acadian communities of southwestern Louisiana, has now spread throughout the world. Michael Doucet, with his band Beausoleil, is largely responsible for bringing Cajun music to the attention of this wider audience. Once you've heard the powerful fiddle- and accordion-led rhythms of Cajun music, you can't help but want to learn to play it. Its zesty flavors blend well with country, rock and other forms of popular music: Michael makes it easy to add a taste -- or a heaping helping -- of Cajun to your playing. This DVD gives you the opportunity to add some classics of the Cajun music repertoire to your set list. While learning to play over a dozen waltzes, two-steps, blues and breakdowns, you'll gain an understanding of the differences among Cajun, Creole and Zydeco styles. Michael explains the stylistic devices -- slurs, harmonies and ornaments -- that give this music its distinctive sound. Allons ???? Lafayette, Ma Ch????re B????b???? Cr????ole, Locassine Special, Jolie Blond, J'????t???? Au Bal, Ch????re Toot Toot, Johnny Can't Dance, Tolan Waltz, Lake Arthur Stomp, Les Barres de la Prison, Les Veuves de la Coul????e, The Reel de Nez Piqu????.